Relief for homebuyers: Insolvency plan to state all stakeholders’ treatment 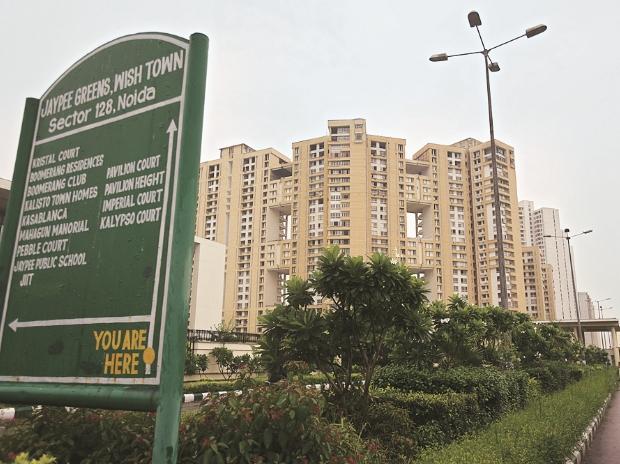 Home buyers who have been battling debt-laden builders might get some relief as the government has tweaked provisions of the Insolvency and Bankruptcy Code (IBC) to ease their pain.

As reported earlier, in a recent tweaking of rules under the IBC, the Insolvency & Bankruptcy Board of India asked resolution professionals to state in the resolution plan how different stakeholders are treated. This will also offer some comfort to stakeholders like flat owners.

Further, the Ministry of Corporate Affairs (MCA) is gearing up for some crucial amendments to the IBC to provide more rights to individual consumers, including worried homebuyers. Other consumers who might also benefit are telecom subscribers, said sources.

The developments come as home buyers are trying to find their feet amid proceedings against Jaypee Infratech and some of the entities of Amrapali Group.

A senior official from the MCA said there was a bit of problem in ensuring that homebuyers receive a status equal to banks, as lenders will then become reluctant to lend to builders.

Earlier, the IBBI had issued Form F, using which house owners could raise their claims. At present, even if house owners fill Form F, their claim would be looked into after dues of financial institutions are settled. Also, there is no regulation that talks about creditors other than financial and operational ones.

According to the Times of India, the IBBI’s revised rules, which were notified last week, would ensure that financial creditors (banks) and other creditors (operational ones like workmen and service providers) do not go about securing their own interests while ignoring those of others.

Referring to the tweak, a lawyer specialising in bankruptcy cases told the national daily: “The change in the rules has plugged a gap as flat buyers are of the view that there is nothing to protect their interests.”

More than 5,000 flats were to be built in approximately 40 towers in a phased manner by the embattled group.

The fresh plea, filed by Bikram Chatterjee and 106 others, has sought quashing of a National Company Law Tribunal (NCLT) order passed on the plea of Bank of Baroda seeking initiation of insolvency proceedings under the IBC against Amrapali Silicon City Pvt Ltd.

As reported earlier in September, over the next few months, the legal teams representing Jaypee Infratech are likely to have their hands full. Distraught buyers of their yet-to-come-homes plan to bombard the developer with up to 4,000 individual civil and criminal cases. After the Supreme Court stay on the NCLT order regarding insolvency proceeding against Jaypee, the buyers have developed a strategy that includes bigger and more vocal protests, meeting various ministers, sending letters to the prime minister’s office and filing of police complaints.

“The plan is to bombard them with multiple court cases, so that the developers remain engaged and tangled in legal hassles. They are a huge company but even for them to handle 4,000 individual cases would be a lot. There are home buyers who have already filed court cases over non-delivery of the promised property and cheating, among other charges. More are planning to do the same over the next few weeks,” said Pankaj Gupta, a buyer in Jaypee Wish Town’s Kensington Park Apartment project.

In a recent opinion piece, legal experts argued that the relevant laws needed to be amended to recognise buyers’ lien. The urgency of the matter is grave given that the insolvency proceedings initiated against Jaypee Infratech and Amrapali Group companies only scratch the surface of the problems that lie in the underbelly of the Indian real estate sector. An estimated 1 million homebuyers may be stuck with ongoing housing projects, where either construction is stalled or moving at a snail’s pace. In some cases, the corporate entity undertaking the project is on the brink of facing insolvency proceedings.