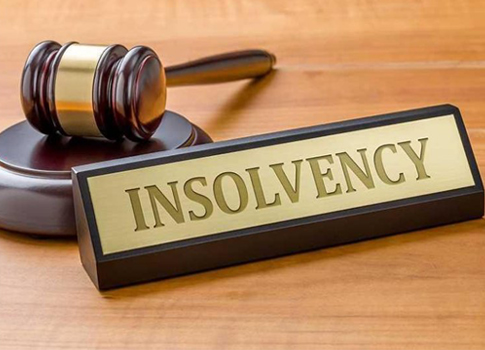 The corporate affairs ministry is considering multiple changes to the Insolvency and Bankruptcy Code, including ways of ensuring that the process doesn’t allow a failed promoter to regain control while escaping liabilities. The review is being conducted after seeing how the law has worked in the past few months and based on feedback received, said senior officials.

A simpler framework for resolving individual insolvencies to allow matters to be handled by a mediator when there is no dispute is one such suggestion. Bankers have pointed out that under the current law a founder could possibly get back the reins of a company. “The promoter should not be able to buy his own firm through a shell company after the insolvency proceedings,“ a senior bank executive said. The government has also recei ved a suggestion to make the code more comprehensive to cover entities such as trusts, societies and Hindu Undivided Families (HUFs) as well. “The law was created in a vacuum and as we gather more experience we will address the issues and make amendments,“ a senior official said.

The Insolvency and Bankruptcy Code (IBC) received presidential assent in May 2016 with the first set of cases filed at the National Company Law Tribunal (NCLT) in December 2016.

Easing compliance requirements regarding routine disclosures while the insolvency process is on is another proposal as is the establishment of a detailed framework to deal with cross-border insolvencies.

Allowing insolvency professionals, who are enabled to act only as individuals, to form firms in a situation where a large and complicated transaction needs to be handled is another idea on the table. The finance ministry will look into the matter and hold discussions with stakeholders and regulators, another senior official said.

“The IBC is more predictable than the erstwhile laws. The government has to learn from the last one year’s experiences to ensure there are no hiccups as there are some gaps in the language leaving things to interpretation,“ said Diwakar Maheshwari, partner, Khaitan & Co.

Also, since the processes and transactions under the code require valuation of assets, the government is likely to consider regulating the profession of valuers and, if required, enable enforcement action against them. The Companies Act, 2013, has prescribed draft rules for registering and regulating valuers through the Insolvency and Bankruptcy Board of India. The code, however, does not stipulate any regulation for valuers.In the case of individuals, the suggestion is to allow insolvency to be settled by a bankruptcy professional if there is no dispute involved. This will ensure that courts are not overburdened.

The ministry of corporate affairs had addressed fears regarding resolution plans getting blocked by promoters though the provisions of the companies law if it entailed transfer of control to a third party in October. It issued a circular clarifying that shareholder approval is not required for resolution plans.