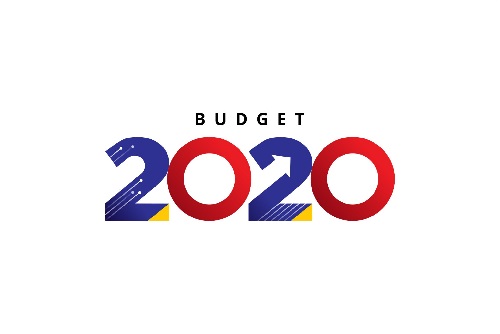 IN ORDER TO SIMPLIFY INCOME TAX SYSTEM FINANCE MINISTER HAS PROPOSED NEW SIMPLIFIED TAX REGIME, CURRENTLY THERE ARE MORE THAN 100 EXEMPTIONS AND DEDUCTIONS OF DIFFERENT NATURE ARE PROVIDED IN INCOME TAX ACT,1961. FM HAS REMOVED AROUND 70 OF THEM IN THE NEW SIMPLIFIED REGIME.

(iv) Allowances to MPs/MLAs as contained in clause (17) of section 10;

(v) Allowance for the income of minor as contained in clause (32) of section 10;

(vii) Standard deduction, the deduction for entertainment allowance and employment/professional tax as contained in section 16;

(2) of section 23. (Loss under the head income from house property for rented house shall not be allowed to be set off under any other head and would be allowed to be carried forward as per extant law);

(ix) Additional deprecation under clause (iia) of sub-section (1) of section 32;

(xiii) Deduction from family pension under clause (iia) of section 57;

(xiv) (xiv) Any deduction under chapter VIA (like section 80C, 80CCC, 80CCD, 80D, 80DD, 80DDB, 80E, 80EE, 80EEA, 80EEB, 80G, 80GG, 80GGA, 80GGC, 80IA, 80-IAB, 80-IAC, 80-IB, 80-IBA, etc). However, deduction under sub-section (2) of section 80CCD (employer contribution on account of employee in notified pension scheme) and section 80JJAA (for new employment) can be claimed. As many allowances have been provided through notification of rules, it is proposed to carry out amendment of the Income-tax Rules, 1962 (the Rules) subsequently, so as to allow only following allowances notified under section 10(14) of the Act to the Individual or HUF exercising option under the proposed section: (a) Transport Allowance granted to a divyang employee to meet expenditure for the purpose of commuting between place of residence and place of duty (b) Conveyance Allowance granted to meet the expenditure on conveyance in performance of duties of an office; (c) Any Allowance granted to meet the cost of travel on tour or on transfer; (d) Daily Allowance to meet the ordinary daily charges incurred by an employee on account of absence from his normal place of duty.

• Assessee should not set off any brought forward losses and unabsorbed depreciation of past years which is attributable to any deduction specified above. Also, the assessee is also not allowed to set off loss from house property with any other head of income.

• This option can be exercised only when return is furnished under section 139(1).

Requirement of getting the books of accounts audited has been relaxed for persons having business (not profession) turnover up to 5 crores whose;

?      Aggregate of all amount received in cash does not exceed 5 percent of such amount and

?       Aggregate of all payments made in cash does not exceed 5 percent of such amount

Note: Cess of 4% shall be levied over and above the above taxes.

*Reduced rate of 25% shall be applicable where total turnover / receipts in the last P.Y. does not exceed Rs 400 Cr
**Further reduced tax rate of 22% plus 10% surcharge applicable for companies opting for section 115BAA

•       The person would be NOR (Non-Ordinary resident) if resident in India on 7 years out of 10 years from earlier 9 years after 10 years.

•       The person of Indian origin shall be deemed to be resident of India if he is not liable to tax in any other country by reason for his residence or domicile.

•       An Indian citizen, shall be deemed to be resident in India for tax purposes (i.e. Income from Indian business & profession is liable to tax in any other country or territory by reason of domicile or residence.

•       A Seller (whose total turnover exceeds INR 10 crores in previous year) is liable to deduct TCS @0.1% of goods (other than goods covered under existing TCS provisions) for the value exceeding INR50 lakhs in a year

o Expiry of 48 months from the end of the AY in which such ESOPs were allotted to employees; o Date of sale of such ESOPs;

In the past Government has taken several measures to reduce tax litigations. In the last budget, Sabka Vishwas Scheme was brought in to reduce litigation in indirect taxes. It resulted in settling over 1,89,000 cases. Currently, there are 4,83,000 direct tax cases pending in various appellate forums i.e. Commissioner (Appeals), ITAT, High Court and Supreme Court. a scheme similar to the indirect tax Sabka Vishwas for reducing litigations even in the direct taxes named Vivad Se Vishwas’Scheme is being introduded as a separate bill.